When Stefanie Griffith was a kid she spent a lot of time in downtown New Albany. Her dad owned a store there so she grew up with all the business owners in the area. She would run from store to store, window shopping and meeting with friends. But as she got older, things started to change.

“When the malls came in, the downtown areas started dying,” said Griffith. “And seeing all the empty buildings downtown was just very disheartening.”

So Griffith decided to try and make a difference in her community. She found out about Develop New Albany, a local organization dedicated to revitalizing the downtown New Albany area, and she decided to join up.

“We concentrate on promotion, economic development, organization, and the overall design of the city and how to create the ideal kind of atmosphere downtown,” said Griffith, president of the organization.

Griffith said the non-profit organization welcomes all volunteers, and that they can always find work for people to do. If someone has a unique idea for how to develop the area, Griffith said Develop New Albany is always open to collaborating and working with individuals to help them implement their ideas.

She said that the organization has been mainly focused on bringing new restaurants to the area, as well as promoting the ones already there. She said new restaurants draw lots of foot traffic and have shown a growing popularity in places like Louisville.

Develop New Albany would host open houses were patrons could come and eat for free, as well as social gatherings where groups and businesses could host their events. All of these events would raise awareness for these local eateries and give people a chance to experience the changing downtown landscape. 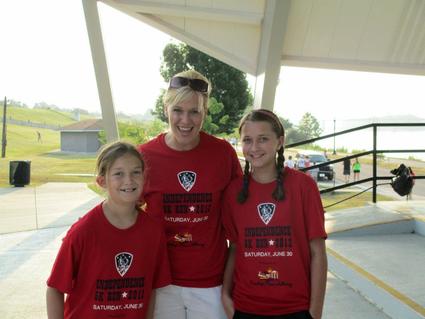 But she said they are now branching out with their focus, to things like residential living and figuring out how to draw people into town through inexpensive living and revitalized housing. They're also focusing on transportation, with projects such as a local trolley hop that could operate on the weekends.

Griffith said when she first joined she was overly optimistic about all of the possibilities. She had hoped to have completed many of these projects within two years, but revitalizing a downtown isn't easy. And seven years later, there is still plenty of work to be done.

While things may not have happened as quickly as Griffith said she had originally expected, there has been steady improvement. According the U.S. Census Bureau, population, housing and median household income have been increasing in the area and are projected to keep growing.

“There has definitely been progress, because seven years ago there wasn't anything in New Albany,” said Griffith. “But now I can say ‘No really come over and check out all this stuff we have going on,’ So we’re moving in the right direction.”

Following in her father’s foot steps, Griffith now owns a business downtown. She also has a few children that, in addition to volunteering with the organization, like to hang around the shops and run from store to store, meeting with friends. For Griffith, this is the payoff to all of her hard work.

“I’ve got three kiddos, and when they grow up I don’t want them to move away. I want them to be proud of this area like I was when I was a kid,” said Griffith. “And to me, that's what this is all about.”