Into the front glass door of Workout Industries walks in a tall, unassuming man carrying an Adidas bag full of boxing gloves and shin guards; a thick, white jacket is draped under the handles of the bag. As he emerges from the changing room and approaches the mat covered corner of the gym, he is wearing the thick jacket and white pants. The jacket is fastened together at his waist with a faded brown belt. The man greets a few similarly dressed people on the mat; none of their belts match the hue of his.

This is Jason Dempster, the highest-ranking instructor of Brazilian Jiu-Jitsu at Workout Industries. Located on Charlestown Road, it is the only location in New Albany to offer the martial art. 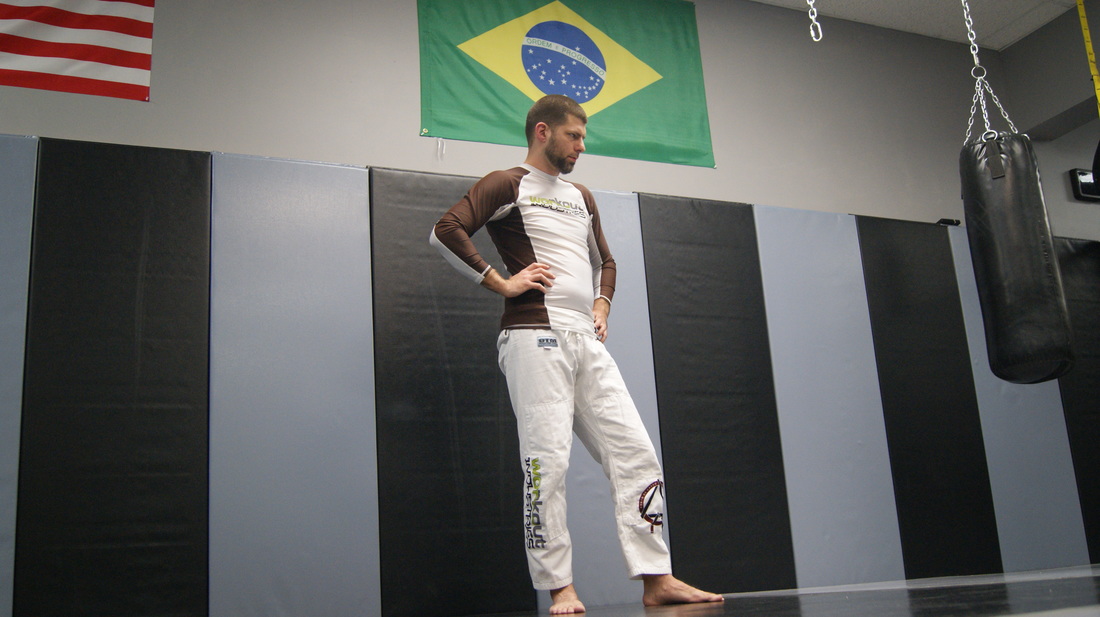 Dempster has been training consistently since 2002, but his first exposure to the art was in the late 90s.

"I got ahold of some VHS tapes of the early UFC events where this smaller guy, Royce Gracie, was going into the cage with all of these bigger, visibly stronger guys and he was beating them," Dempster said. “I’m a small guy. I wanted to learn whatever he was doing.”

His first-hand introduction to the sport was limited.

“I started learning from a guy who had just gotten the second rank in Brazilian Jiu-Jitsu, blue belt, and I went no more than four times before he quit teaching. Even in the short time I trained with him, I learned what the guard was and a few finishing holds. It kind of stuck with me,” said Dempster.

Dempster did not train again formally until 2002 when he saw a sign on Paoli Pike for a place that offered Brazilian Jiu-Jitsu. At the time, he was in high school and working, which afforded him the opportunity to take up the art once again, although he did not plan to go to the school for very long.

“My plan was to learn all the moves in four to five months and then just go train them on my own, but that’s not really how it works; it’s more a life-long learning process. Here we are almost 13 years later and, while I’m teaching here, I’m still learning,” Dempster said with a smile and a shrug. 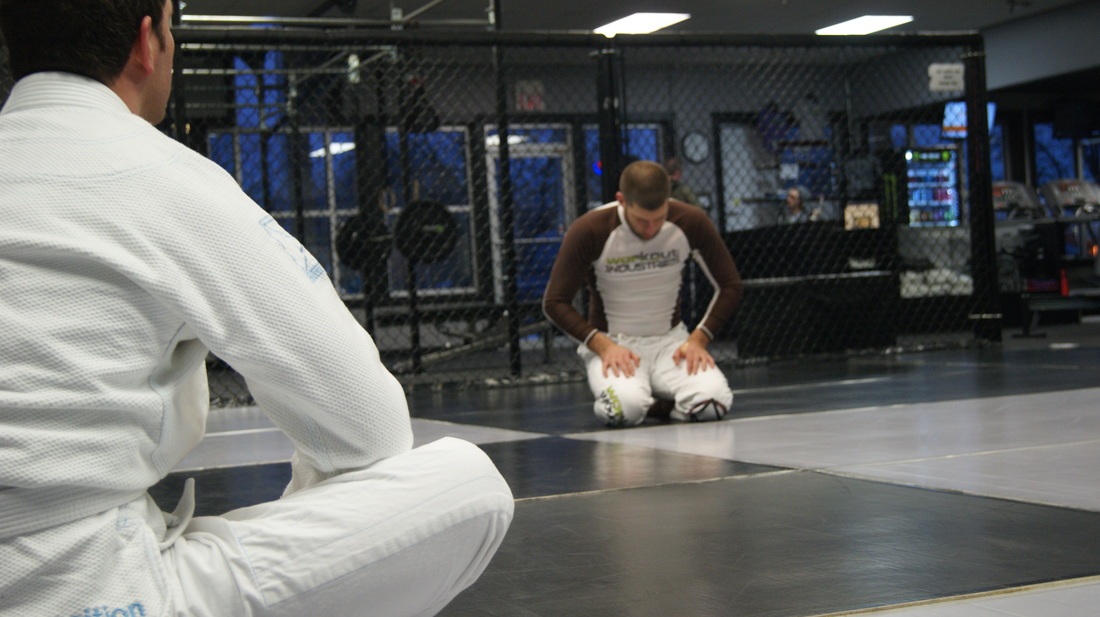 Now, at 32 and as a teacher of the art, Dempster said he sees what training offers to people outside of his own experience.

“Everybody comes in with a different set of goals. In Brazilian Jiu-Jitsu specifically, people are coming in to build up their ability to defend themselves, but also their confidence and possibly their mental resolve.”

Seated on the mat, Dempster suggested the quintessential benefit that the art gives to its practitioners.

“Even though there is always someone better than you at [Brazilian Jiu-Jitsu], or at least some element of it, a person is overcoming barrier after barrier...The guys and girls you train with are trained martial artists and you are constantly testing your abilities against people in real time. It can be a very humbling, centering experience,” said Dempster.

Dempster, an engineer by day, said that he enjoys the complexity of the art.


“Brazilian Jiu-Jitsu is like a chess game where if you’re too slow or you aren’t trained enough, you miss a turn," he said. "With all of the variables, your mind has to be sharp, but your body also has to be trained.” 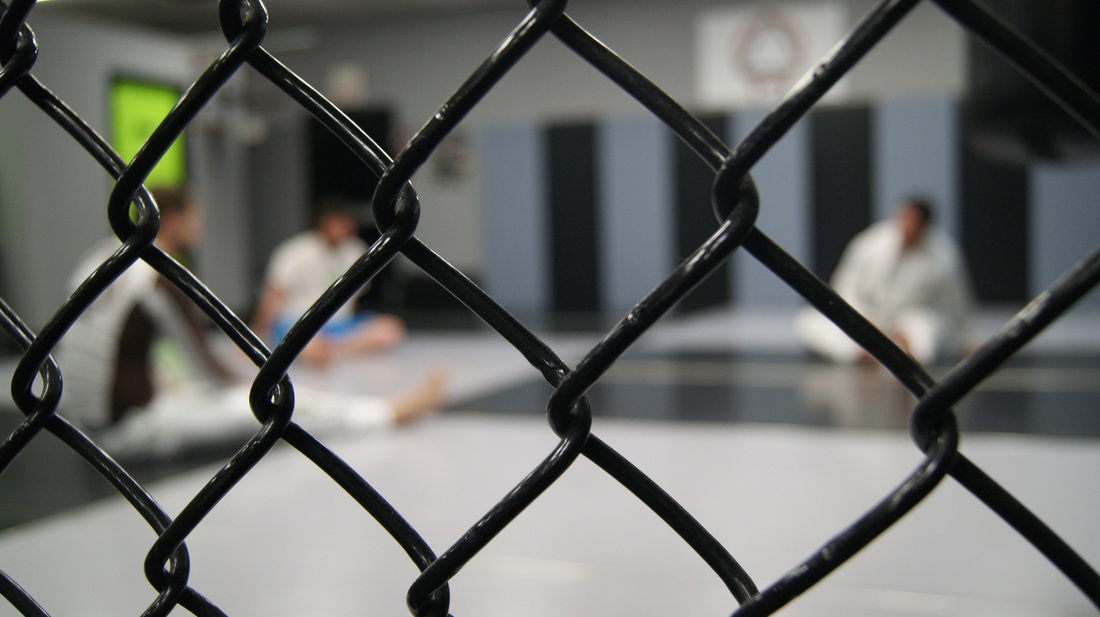 That being said, Dempster said that while being strong and in great shape helps, is not what the art is about.

“This is one of the only arts where someone who is weaker or smaller has the ability to use their knowledge of technique and timing to beat someone who is physically superior. It truly gives you a survival edge,” Dempster said.

“I did martial arts growing up, so I’ve always had an interest in them," he said. "While I was teaching an MMA conditioning course, I met a few of the guys that train here now, and they showed me some techniques. Even though sometimes you have that initial fear of something new, I was blown away with what they taught me.”

Being a smaller gym, Casey said he wants to create a family feel for people who come in from around the community. He feels that along with the gym side of the building, Brazilian Jiu-Jitsu goes a long way to help create the unity he wants in his grass-roots facility.