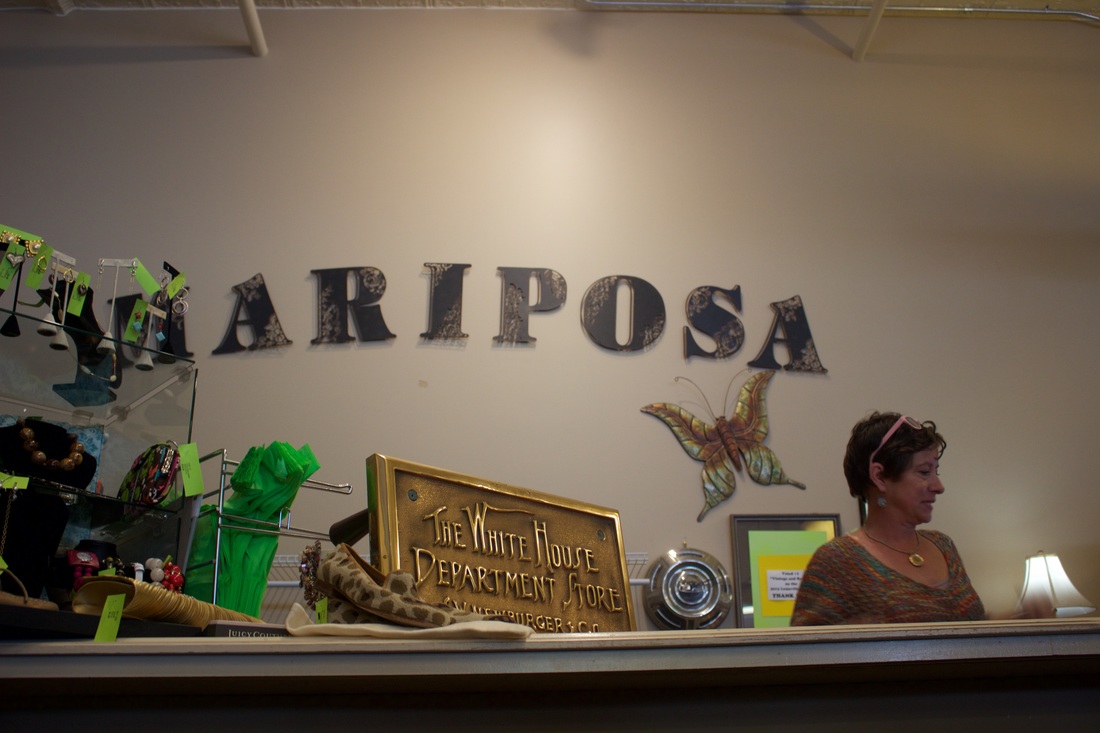 Avoiding desk jobs is on the rise.

Clark and Floyd County has a variety of small businesses started by entrepreneurs. Entrepreneurs are people who operate and organize their own businesses.

Michelle Ryan, owner of True North, Michelle Wells, owner of Mariposa, and Allan Butts, owner of Coffee Crossing, explain their successes, regrets and how they started their business.

Ryan has owned Truth North for almost a year.

Ryan said she wanted her own store since she was a child but didn’t know what type of store until she was an adult. When she was an adult she realized she was into, what she called, the handmade movement.

“I really love meeting new members of the community who come in and are really overjoyed about the edition of the stores to their places to shop,” she said. “I love meeting people who are just as excited as I am; that feels really good and makes you feel like you are doing something right.”

“I think I had that one for three years and it went pretty well. The community seemed to frequent it.”

She said due to family issues she ended up closing Creative Boutique and taking a year off before opening True North.

Butts started the process of opening Coffee Crossing in 2003.

He said that one day he was leaving Northside Christian Church and he noticed that across the street a strip mall was being built.

He drove over to the strip mall and started looking at the spaces and he said he felt called to open a business.

“I prayed about it and I really felt like it was my calling to open a coffee shop,” Butts said.

He said he questioned the decision with God, but after praying with his life they decided to go for it.

Wells story is slightly different than Butts’ and Ryan’s.

Wells said she has owned Mariposa for four years, but that the consignment store has been open for six years.

She said she ended up owning Mariposa due to a chain of events. She worked for Hosparus Thrift Shop for three years and the money went to pay for patient care. She said the facility downsized and the store was discontinued, so she called local consignments to see if they wanted the clothes.

“When I called the owner of Mariposa and informed her where else to donate their items, she offered me the store,” Wells said.

Wells said the owner did not want to close the store because she wanted it to stay in business.

“She knew I had been in retail since I was 14 and knew I had the experience to make it work, she said.

Ryan, Butts and Wells did not go to college to start or own their businesses.

Ryan said that she did take accounting classes and received some certifications. She hopes to eventually take some more classes to help her run her shop more efficiently.

“If I would have taken that class before I owned the shop I would have hesitated, she said. “It gives you the real world facts about starting a small business.”

She said that she had many sleepless nights in the beginning, but that her mindset was to succeed.

Each storeowner has learned lessons and encountered successes while running their own business.

Ryan said that she learned a lot from opening Creative Boutique that has helped her run her new shop more effectively.

“It is really easy to go crazy with the merchandise and then totally fall away from the back end of stuff that you have to keep up with for your store to be successful,” she said.


Wells said that it is difficult starting a business because you have to be there all the time.

“In the beginning you are networking even when you are not there,” she said.

Wells said one of the hardest things for her was allowing others to help her run Mariposa.

“No one loves your business more than you, but you need to do that in order to succeed,” she said.

The businesses have all been successful and are growing.

Ryan said that she is happy to announce that her new shop is doing immensely better than Creative Boutiques.

“I ran the numbers and not even a full year into business yet and it has surpassed what the other business did and that is great,” she said.

Ryan said she hopes to build the business up to where she can give back to the community. 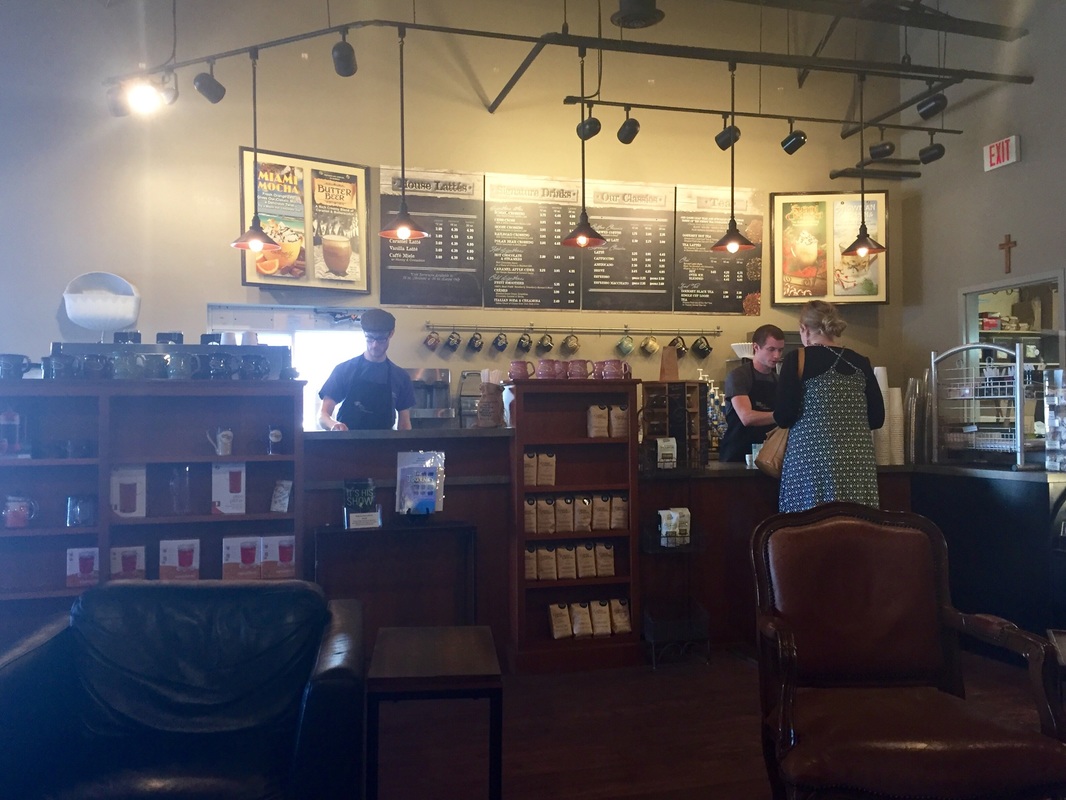 Butts business recently expanded and they opened another Coffee Crossing in Jeffersonville.

Each storeowner chose Southern Indiana for their shops location.

Ryan said living in New Albany her whole life had a lot to do with choosing her store location.

“I have a lot of faith in New Albany that I can be successful here and I don’t have to go to Louisville to do so.”

Butts said he chose Southern Indiana for his coffee shop because in 2003 there was only one coffee shop close by and you had to drive to Louisville for a Starbucks.

“The residents of Southern Indiana led a coffee shop-sheltered life,” he said.

Wells said that in the beginning she was worried about opening her shop in downtown New Albany and she encountered many sleepless nights.

“Four years ago there were not many stores or restaurants at all,” she said. “I have been very lucky that the revitalize downtown movement has continued.”

She said she is a single mom and that this store provided for her family.

Wells said that if anyone is thinking of starting their own business she would absolutely go to the Indiana Small Business Development Center for more information. She also said that job shadowing is a good idea.

“What you think it will be like isn't always what it is,” Wells said.

There are many things that go into starting your small business; capital, product, space, and much more. One of the most important and valuable assets that a small business owner has is his or her employees. These are the people that will be the face of the store to the locals and the people that handle the daily operation of the Southern Indiana establishments.

Ashley Hoff, barista at Starlight, said that her training experience was thorough and prepared her for her role in providing a service to the public.

“I went to the corporate office and went over the history of coffee with the managers,” Hoff said. “I had to learn all about coffee.”

“Every shift has their regulars,” Hoff said. “One of our baristas knows her regulars so well that she can see what car is pulling into the lot and have their drink waiting on them by the time they come in the store.”

Heather Zippen, manager of Starlight Coffee Co., said she enjoys working at the coffee shop and has a passion for her job.

“I love working here,” Zippen said. “This is the best job I’ve ever had.”